The leadership of Britain & France in matters of style was incontestable, with both countries sharing the same aesthetic inspiration in classical forms. In spite of this, clothing and the manner in which fashions was used were blatantly different.
Whether the motivations were due to the political scenario, trading competition, conflicts of interest, or cultural & social backgrounds, we are going to explore the divergences in what was worn and how. It was a Hall of Mirrors where one can perceive the double imagines of mutual admiration & contempt. 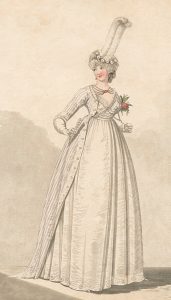 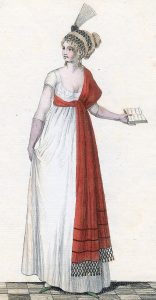 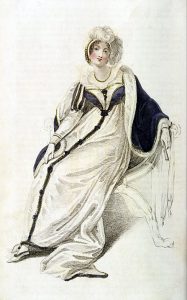 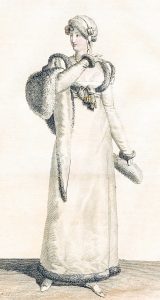 What do we really know? What is a valid source of information? The genesis of modern masculine dressing. 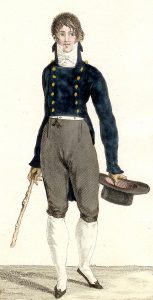 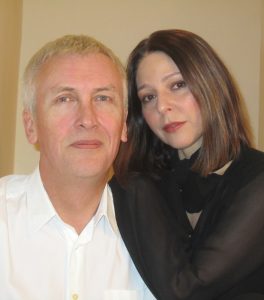 Cristina Barreto and Martin Lancaster are a husband and wife who share a passionate interest in history. They are the owners of an extensive private collection of extant garments and accessories from 1790-1820, as well as a large selection of books, journals, prints, images and objects of the same period. They have advised and assisted museums, collectors, film and television productions and also authors.

Martin Lancaster’s professional background is in business travel management. Since his early teens, he has researched Napoleonic history from archives and other original sources. He has been involved in French Napoleonic re-enactment for forty years and is the leader of one of the biggest groups in Europe, the 9e Régiment d’Infanterie Légère.

Cristina Barreto started her career in the fashion industry in the early eighties, in Sao Paulo, Brazil. She moved to Italy in 1988 where she specialised in the field of accessories design and was head of department for high-end brands.

Cristina and Martin now dedicate themselves entirely to the conservation and management of their collection, researching the period and other history-based projects such as exhibitions and the organisation of public events.