History of the Ball Masqué 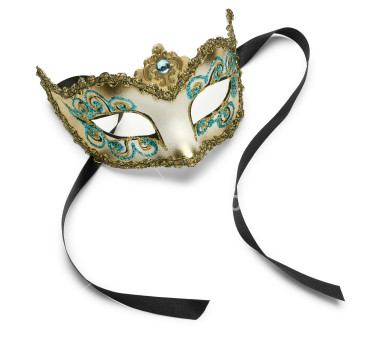 “We must give our annual fête, Sir William” said she suddenly […].”something in the style of that superb thing given by a lovely marchioness last season would be a novelty here; not that I should choose to disguise myself in an Elizabethan dress; I should rather prefer the costume of a sultana; and you, my love, would make a noble sultan.”

A masked ball in the country

Masquerade balls
Masquerade balls first appeared in Italy during 15th century and were particularly popular in Venice. In the 17th and 18th centuries they became common throughout mainland Europe. These costumed festivities where the guest dressed so as to be unidentifiable provided an opportunity to escape from the social restraints of everyday life. The guests were licensed to hide their identity and to act in ways contrary to convention. They were often noisy and gay parties with excessive eating, drinking, flirting, dancing and gambling. It was not without reason that they were often referred to as ‘carnival behind closed doors’.

Adventure
Masquerades were inextricably linked with adventure, mystery and eroticism. Everything was possible: women dressed as Cossacks, men as bawds, dukes as footmen and prostitutes as duchesses. Oriental clothing and domino costumes were by far the most popular disguises. Besides dressing as common figures of the public, the people also dressed as vegetable, animal and abstract concepts like curiosity, earth, air or sea. Although guests frequently disguised themselves in clothing belonging to the others sex, some people thought that the crossing of the gender lines was very improper. The most undignified spectacle of the 18th century was probably the Duchess of Kingston’s disguise: she shocked the guests by appearing as a bare-breasted Greek goddess.

Sexual morals
Some clergymen, pamphleteers and journalists held the belief that these costumed festivities where the customary social rules no longer prevailed, were a threat to the sexual morals.  They thought that masks had the effect of an aphrodisiac:  someone donning a mask experienced an abrupt loss of sexual inhibitions. It would especially evoke licentious sexual behaviour in women. The presence of women at such events was considered to be a sign of moral degeneration. By donning a mask and adopting a different identity, women could allow themselves certain familiarities which were taboo by social standards of correct decorum: they were able to approach strangers, strike up conversations, and speak coarsely. Furthermore, a masquerade was the only place where a woman could go unattended. Harriet Wilson, an infamous Regency-period courtesan, appreciated this temporary freedom: “I love a masquerade because a female can never enjoy the same liberty anywhere else.”